The presence of insects in my home is an annoyance that really bothers me. I prefer an environment where none of these pests would be seen buzzing around. In my search for a sterile and pest-free environment, I did some research on these critters and what makes them so attracted to light in the first place.

The facts might surprise you. I learned that different light sources affect insects differently.

Read on to learn everything you need to know why insects love light and the light source they find least attractive. By the end of this article, you’ll figure out how to make your home as bug-free as possible.

Insects, by nature, are attracted to light. However, research says LED lights attract the least amount of bugs compared to all light sources. There are actually specific spectrums of light, like yellow, that keep insects away, but it is impractical in a home setting. Warm-color LEDs are your best bet.

So let’s start with these six-legged creatures themselves…

Why Are Bugs Attracted To Light?

If you’ve ever seen bugs gather around a light on a rainy day and ask this question, let me tell you that the answer is… complex.

Scientists way smarter than you, and I have rubbed their chins and scratched their heads to answer the question. They seem to have come up with a few reasons.

The first has to do with how insects navigate the world. Nocturnal insects like moths use the Moon or the stars as a navigational compass. Think of sailors in the past who used the North Star to determine where they should steer their boat to.

Insects have three unique eyes called ocelli to help them do this. These eyes have the specific job of identifying light and not a movement. Moths keep the moonlight at a constant angle as they move around in the world.

But technology progressed faster than evolution. When these insects get too close to an artificial light source, they mistake the lamp for the Moon.

Now, some lamps are omnidirectional light sources. These critters confusingly circle around the bulb to keep it at a constant angle.

The second reason is that some insects are attracted to the heat radiating from the bulb. Like you and I, insects like to get warm and cozy.

So they gather around lamps as we do around a campfire. If you look closely enough, you might see them toasting tiny marshmallows as they share stories around the light.

On a more serious note, you might conclude that lamps that do not emit heat will attract fewer bugs. And you’d be right!

The third reason for bugs to gather around a lamp is that they mistake artificial lights for flowers. Scientists know for a fact that some flowers reflect ultraviolet light. They theorize that because some lights emit ultraviolet light, insects might be confusing it for a flower.

You might be wondering… if insects are attracted to ultraviolet light, what type of light are they not attracted to?

Lights were arranged in a line on an agriculture land close to an airport, where insects are in abundance. Then, they were switched on, and the bugs that gathered near these lights were captured to be counted.

The result of the study, from the highest bug count to lowest is as follows:

Help Me And Get A Chance To Win!

The claimed lifespan of LED lights varies, but usually falls anywhere between 15-25,000 hours. I have decided to understand whether it’s true or not, and you can help me with this.

I have created a completely anonymous survey to understand the real lifespan of LED lights in the daily environment. The whole questionnaire has only 8 straightforward questions and won’t take more than a few minutes of your time. 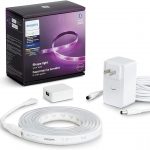 As a way of saying thank you, I will select one of the participants who will be a happy winner of smart Philips Hue strip light. I will contact the winner via the email regarding the prize.

The scientists found the ocelli are better at detecting short wavelengths of light, ie ultraviolet.

The lesson we can gather here:

If you want to reduce insects in an area, it is best to avoid ultraviolet light. This brings us to the next question…

Incandescent vs CFL vs LED

And does that affect the number of bugs attracted to a light source?

Well, as mentioned above, insects are attracted to UV light. LEDs convert electrical energy almost entirely into visible light(400-700 nm wavelength). Little energy is wasted into the production of invisible light like UV and infrared.

LEDs also do not produce a lot of heat as opposed to incandescent bulbs.

These two factors make LEDs attract fewer insects than the rest. However, scientists found no difference between warm- and cool-white LEDs.

I’m sure you’re getting a clearer picture now. If you’re looking to have a bug-free home, start swapping your CFL and incandescent bulbs for LED. BUT that is not enough. LEDs attract significantly fewer bugs, but they do still attract them. 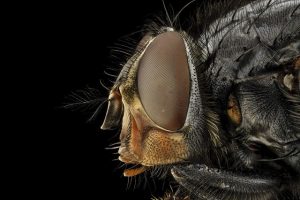 Now, I know that there’s a lot of the studies mentioned in this article. But if you want effective answers and not snake oil solutions, you have to look at the science.

Here’s an interesting study was done in Japan:

Remember how blue light is the second most attractive light for insects?

Well, you’re sure to notice in some restaurant devices that take advantage of this fact. Insects get attracted to pretty blue lights, only to come in contact with an electrical grid zapping them to death.

So, these Japanese scientists found that not only does blue light attracts bugs. They also cause death to some insects, such as fruit flies, mosquitoes and flour beetles [ref].

Death by overexposure was what the scientists call it. The light damages the cells in their bodies. I guess you can best relate it to a sun-loving beach-goer getting sunburned. Awful comparison, I know.

But fruit flies, the insect used in this experiment would have a shorter lifespan than average, because of their love for blue light. A fruit fly on average lives for 57.6 days. Under blue light overexposure, they only live for up to 2.95 days!

That’s a fantastic find until you slowly realize that there’s no way you can practically use that in your home. Sure, your house would be free of mosquitoes and fruit flies, but your home would look like an underwater nuclear reactor(they glow blue)!

No, the answer for a bug repellant has to be found somewhere else.

Before we go to another option, here’s a random but exciting fact: chicken odor repels malaria mosquitoes.

Do what you will with that information.

What About Yellow Light?

If you’ve been paying attention, there are many ‘bug’ lights out there on the market.

They’re supposed to repel bugs away from your home. But we know from the studies above, that repel is the wrong word to use. It implies that insects stay away from the area because of the light produced.

While that is not true, we can also see from the first study that yellow light is not very attractive to insects. It’s the third least attractive light color. So, while yellow light does not repel bugs, it attracts much lesser insects than a blue or black light.

And you should know that yellow fluorescent lights are used in agricultural settings for effectively controlling insects’ behavior[ref].

It’s a genius idea that works on fruit piercing moths. Fruit piercing moths’ behavior is dictated by light. In the daytime, they rest near a food source. At night, they fly to a fruit orchard to suck on the juice of fruit and mate. So, by using light above a specific brightness, the night time behavior switch in the insects’ brain is never turned on!

Of course, this strategy can never be used in a domestic setting.

Which begs the question…

What Are The Best Lights To Repel Bugs?!

I shared with you my desire to have my home turned into a no-fly zone for bugs. Unfortunately, research has shown that insects will be attracted to lights no matter what.

You can, however, drastically reduce insects in your home by switching to warm-color LEDs.

I was still adamant about having tiny flying insects in and around my home, though.

So in combination with swapping to warm-color LEDs, I…

So there you have it. After careful study, you can rest assured that we have a comprehensive answer.

Use warm-color LEDs, and you’ll have significantly fewer insects in your home.

Make sure you don’t use incandescents because insect swarm to them like it’s Black Friday.

Do you have warm-color LEDs installed in your home? What’s your experience with them?

If you noticed a big difference in bug count, leave me a comment. I’d love to hear your thoughts. 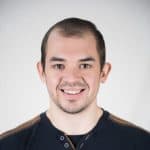